My Turning Point…How Did I Get Here? 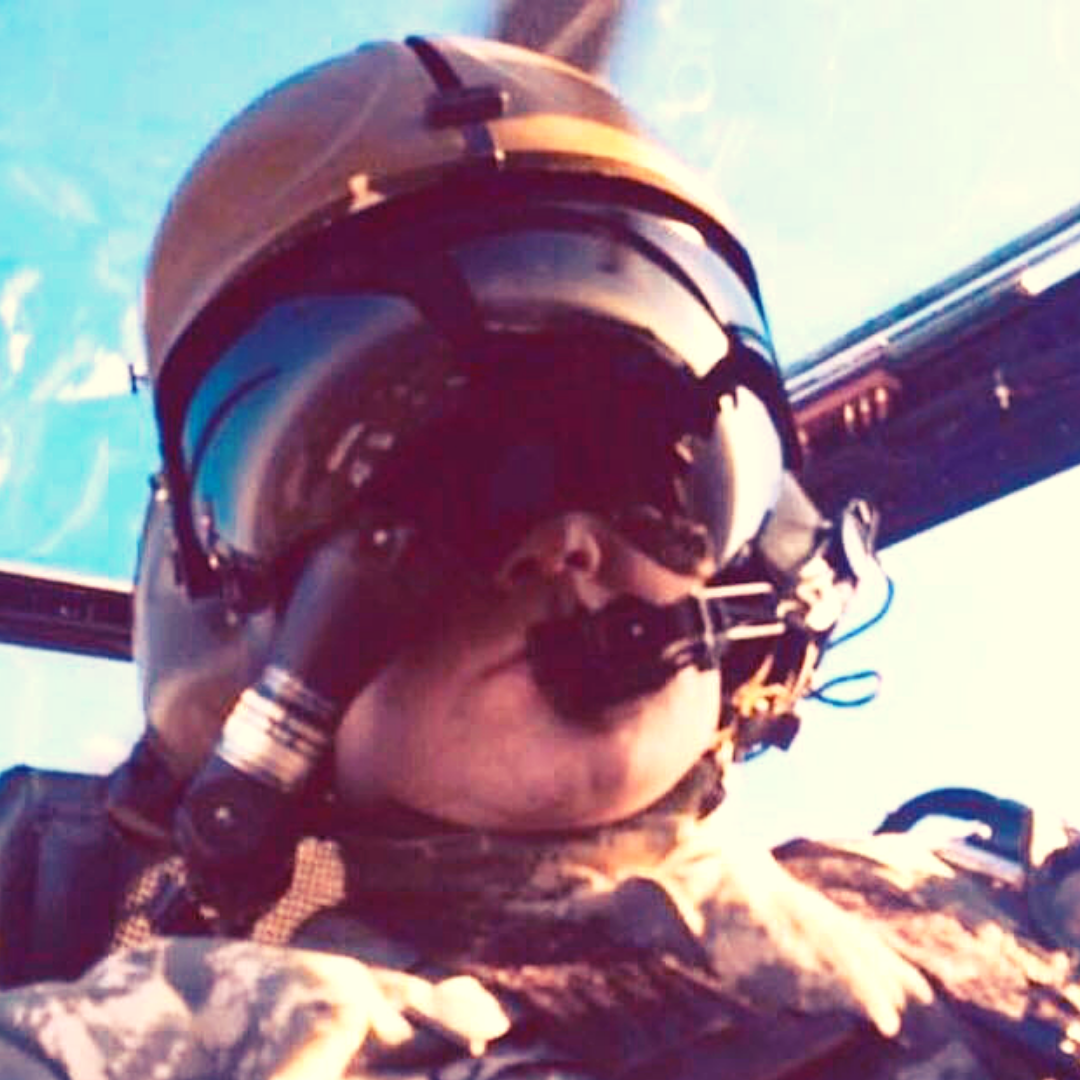 The following story needs no introduction. If you read it through, you’ll know that my introduction would do it no justice. An honest, motivational and inspiring story of an Apache Helicopter pilot’s “Turning Point” that can only serve to motivate all of us.

My name is Don Culp, and I’m currently in the US Army Reserves. Currently, I am supporting the Warrant Officer Retention mission as a Career Management Officer. I’ve been in the military since March 13, 1997. I joined with the intention of flying at some point. I came in as an E-2 and was a Chemical Operations Specialist. I was enlisted for 10 years and had the opportunity to go to Warrant Officer Candidate School in 2009 at Fort Rucker, Alabama. From a young age, I always had a desire to fly. My stepfather was selected to become a member of the Navy’s flight demonstration team, “The Blue Angels” in 1989. My first opportunity to see him perform with them was at Naval Air Station (NAS) Jacksonville. I was in the Boy Scouts, and we camped on the grassy side of the runway for the air show. I was completely blown away; I knew at that moment that this was what I wanted to do. In addition to this experience, the movie Top Gun further sold me on aviation.

I tried to go to flight school for the Navy and was moving in the right direction; however, my unit would not sign off on a conditional release allowing me to go into another branch of service. I attempted 5 times and my commander still would not sign off on it. I finally got my opportunity in 2009 and reported January 21 of that year. My daughter was born January 16, 2009, and I left five days afterwards. During this time, I reported to 1st WOC and began the first 4 weeks of my transition to an Army aviator. I continued my training and was excited to begin my flight training. I completed all the prerequisites prior to actually beginning my Primary phase of Army flight school training. We were at Fort Rucker for 6 months, and I came home from the flight-line to find my daughter lying motionless on my living room floor while my wife was calling for an ambulance. She was lethargic and pale white. We were in Enterprise, Alabama at the time. Enterprise hospital was not equipped to handle young children, so my daughter had to be life-flighted to Sacred Heart Children’s Hospital in Pensacola, Florida. This happened on two other occasions while trying to complete my flight training. While going through flight school training, I would only get 3-4 hrs of intermittent sleep per night, mainly because of my daughter waking up due to her medical issues.

Flight school was very difficult because of the issues that I had outside of my training. I worked hard and continued to study, learn, and do what was needed to graduate. I was able to fly the TH-67, OH-58 A/C, and the AH-64D Apache Longbow. The instructors with whom I worked were very professional and knowledgeable. Graduating Flight school was one of my proudest moments due to the professional training that I received while enduring numerous hurdles and obstacles. My desire to fly and graduate flight school aided me in persevering through the trials we faced. Three weeks after I graduated flight school, my unit mobilized to Fort Hood to train for our deployment to Iraq. During that time, I was sent home on emergency leave because my daughter was hospitalized on two separate occasions. The first time, my daughter was hospitalized for having a seizure and being lethargic again. She was in the hospital for 4 days. When she was discharged, I returned to my unit on the deployment. It was about 6 weeks later when I had to come home again. My daughter was 2 years old at the time. She had 3 seizures and a stroke in one week. She suffered brain damage and was temporarily blind. She was hospitalized for 9 days. The doctors told my commander to not “let [me] come back on the deployment.” The reason they stated this was because they said my daughter’s condition could be fatal. I begged my commander to allow me to return and finish my deployment.

I did finish. I was able to see and do a lot of remarkable things. I came home from my deployment in May 2012. My daughter made significant progress from the last time that I had been home. When we first got back from our deployment, we had about a 3-4 month reset. Flying picked back up after this time had lapsed. We had our regular minimums we were supposed to fly and our annual check-ride requirements to conduct. Getting back in the routine of flying felt good. However, after 6 months, my 3 year old daughter passed away. This really affected me. I faced incredible regret regarding how hard I tried to become an aviator and placed my family second. I was so committed to flight school that I had forgotten my daughter’s second birthday. I walked in the door from the flight-line and had no idea. This was the last birthday that I would get to spend with her while she was alive. I missed her third birthday because of being deployed. I went through a series of events after her passing. Whether it’s labeled as depression, guilt, or bad luck, I wasn’t the same. Though I maintained the desire to fly, my commitment to aviation and the military was forever changed. My priorities changed to where my family would be my first priority… and flying was forced to second.

The focus of maintaining my readiness and proficiency was hindered. In 2016, I found out our unit would be going to Afghanistan. A few days after finding out, my youngest daughter had a seizure. She had gone to the ER and was later discharged with having a febrile seizure. I had spoken to my wife and decided I could not do this again. The next morning, I emailed my battalion commander my request to retire and I had attached my daughter’s discharge summary from the hospital visit. I wanted it to be established that I was requesting this because of all that happened with the last deployment and the passing of my other daughter. This was the start of my transition to the Army Reserves.

On the civilian side, I work as a flight consultant for the local school district. I can share my knowledge with students from grade school up to high school. We discuss anything relating to aerodynamics, fundamentals of flight, and basic flight maneuvers. We have 26 flight simulators and the students are able to fly both planes and helicopters. We also cover various careers in the Aerospace industry. I have always enjoyed discussing aviation with other folks who appreciate it as much as I do. Luckily, I have been afforded the opportunity to help inspire and educate our next generation of airplane and helicopter pilots. Aviation is a very dynamic profession. Flying helicopters has provided me with training and experience that I am very grateful to have received.  I continue to fly in my personal time. I am grateful for the opportunity to have been an aviator and for all of the instructors who aided in my training, development, and mentoring.

Don is currently in the US Army Reserves and is also a Flight Consultant for a local school district. The foundation he created in his daughter’s memory can be found here…

The “How Did I Get Here?” series is about the varied paths, personal and professional, that we took that got us where we are today. If you’re interested in contributing your story, we’d love to hear from you.