A Day In The Life…Vertical Reference In Africa! 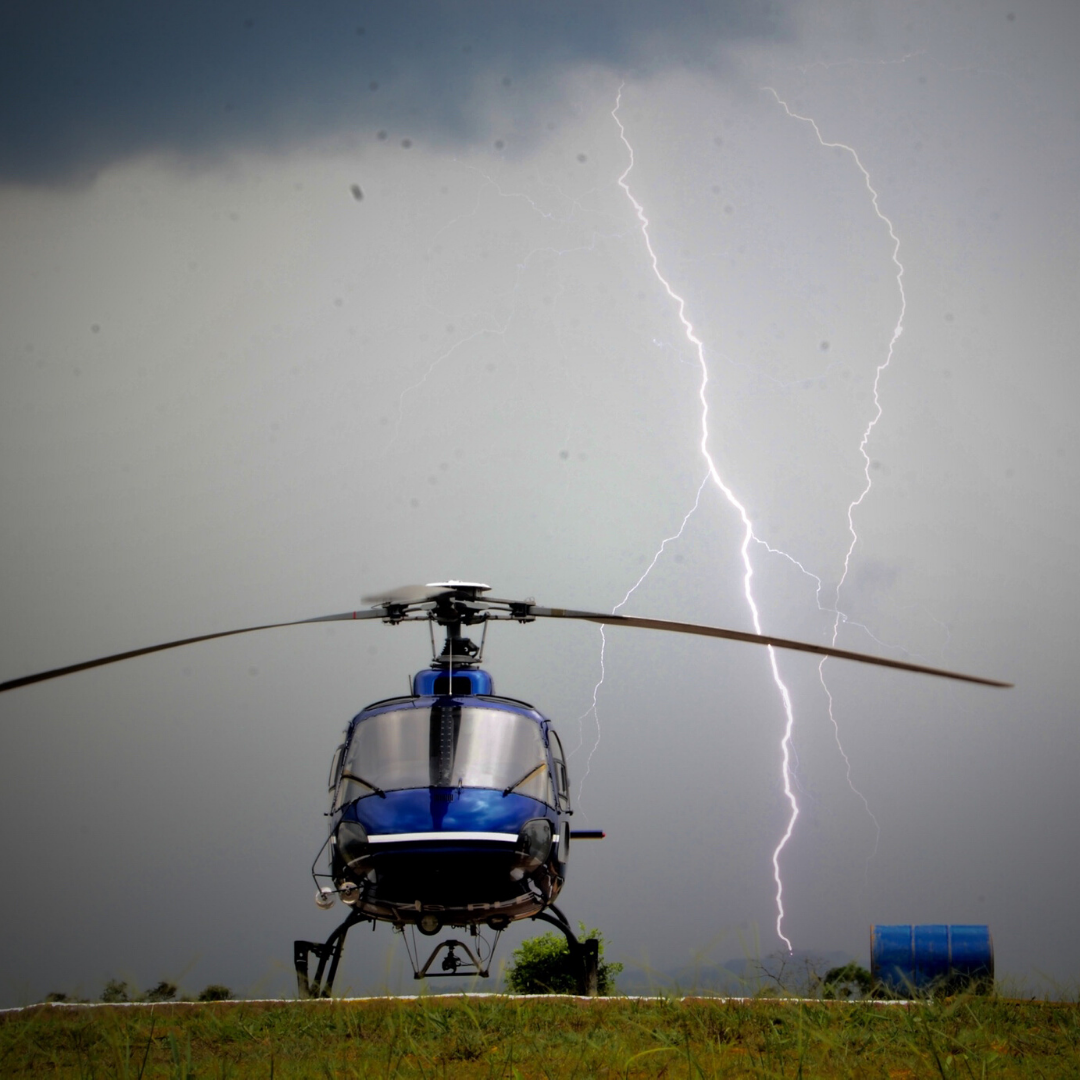 Gaël Yann LE MARTIN is currently an Anti-Poaching Pilot for the African Parks Network and if you haven’t already read his brilliant description of that ‘Day In The Life’ check it out here. The following “Day In The Life” however, is a taste of what it’s like as a Vertical Reference Pilot in Remote Eastern Democratic Republic of Congo.

-“Base is next “ repeated the loadmaster on the ground.

The base usually was the heaviest part of the heli-portable drill rigs. We had our load plans tuned down to the minute. My ship, an AS350B2 hovering over and in between the canopy burning about 2kg of JetA1 per minute, I knew that the only way I could lift the heavy loads in those conditions was 12 minutes before low fuel warning came on…

But this is not how it started of course. At first, I couldn’t look down and hover steadily, as any vertical reference pilot knows, I had to re-teach myself how to hover with my neck extended outside the door and all my usual steady reference points gone.

No more: “ keep your head straight “ like we were taught at flight school.

Here it was, the downwash over the canopy moving the leaves in erratic patterns, the people on the ground were moving around, and the horizon now oscillating around a 60-degree angle…

“Wait for it, there she goes!”. Slowly the base ingloriously lifted off the sticky mud, it was dripping water, mud, sand and probably hydraulic fluid…

The base was dead still, but up here in the cockpit, things were very different. I had to catch the slightest hint of oscillation of my load 55m (180feet) below so that it did not develop into a swing. At that length of line, it meant rather large and aggressive hover corrections!

But all within limits of course because although I had a 50m (160ft) clearance above the ground, I would often be looking up at the top of the surrounding trees! The helicopter was sometimes slotted in, there’s no way to make a 180 or 90-degree turn without the tail hitting something. This was where chameleon eyes would have been handy, one eye on the power, one eye on the load, one eye… oh, wait I’ve only got two eyes! So I developed a routine, checked power, checked the surrounding clearance from branches and trees: still aligned as I should, back to my power, back to the load, back to the power and so on… till the load was back safely on the ground.

How do you train for it? You need a very good loadmaster to ”patter” you until you are able to look down without his instructions, a good ground team, good communication via radio… and at first, patient clients… Thank you guys!

If you’d like to know more about Gaël Yann LE MARTIN you can find him on Instagram @GyleMartin. Whether it’s for the amazing photography, the inspiration or for the epic adventures that make up his career so far, check out Gaël’s other stories right here on The Rotor Break at the following links

A Day In The Life…An Anti-Poaching Helicopter Pilot!

A Day In The Life…Military SAR Contractor In Africa!