A Day In The Life…An Anti-Poaching Helicopter Pilot! 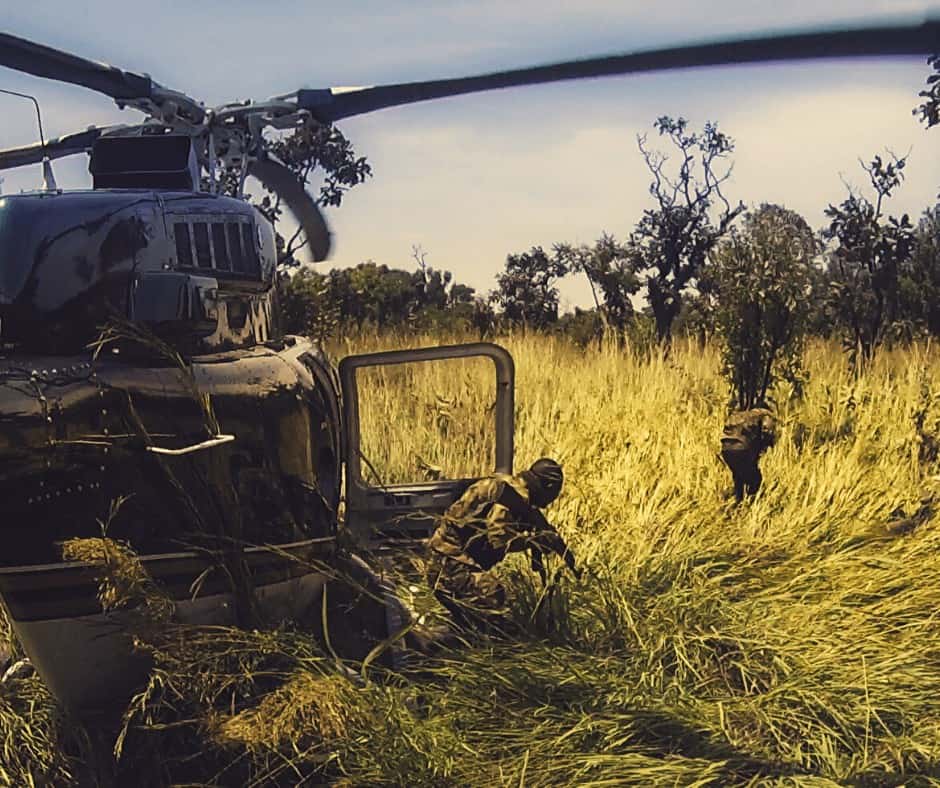 Gaël Yann LE MARTIN’s pilot career is one big adventure and he’s got some awesome photos to prove it. He’s currently an Anti-Poaching Pilot for the African Parks Network and we are delighted and honored to be able to publish this, his first of multiple ‘Day In The Life’ stories.

Finally, a cause which will turn into more than just the next adventure…

It’s easy to get caught into a cycle where adrenaline becomes the next fix, and I could easily fall into the trap where the job just becomes the next adventure fix, regardless of its nature. There is no personal attachment.

For very long I’ve been trying to get into the nature conservation scene, it’s a very tight world, not many jobs available, with usually a lot of volunteers or meagre salaries.

Why would I want to
do that? Well…

If we came down as aliens today, from a different planet our judgment upon the human behaviour regarding the way we treat this earth would probably be pretty harsh… we’re hiding ourselves from the obvious truth: we’re abusing this planet and all living creatures beyond the point of sustainability.

“Mmmm… hold up a mirror to your face dude”, everyone would say!!!

And rightfully so, especially as a helicopter pilot, flying a machine burning more than 6 pounds of JetA1 per minute !! I’m definitely part of the problem…

We’ve spent the past few hundred years removing ourselves from Nature, or a better word would be “extracting” ourselves, thinking that it’s a procedure we could survive. Turns out we were wrong!

But then… there is
an African saying which goes something like: “ if you believe that
you are too small to make a difference in this world, you obviously
haven’t spent a night with a mosquito!”.

When I read this
from a friend it resonated with me.

So yes, I burn Jet-A, I breathe O2 and breathe out CO2, still eat too much meat… but hopefully I can make a difference to the survival of wild areas by being part of a project which protects them…

Right now I find myself in the Central African Republic… not the first destination when you enter your regular travel agent’s office!

I work for an NGO called African Parks Network, focusing its efforts on making conservation a sustainable thing, employing locals and when not possible, some foreign personnel to bring in their expertise, such as pilots for example.

We don’t fly every day, but the work is interesting.

We stay in isolated
camps with no cell phone signal, and yes …no aircon! Since
everybody asks;-)

But every day we witness the beauty of nature when we take the time to look up, look and listen. It’s a simple rhythm, up at sunrise, and in bed shortly after sunset.

It’s teamwork, a group effort to keep this vast area protected from poachers and cattle herders from South Sudan.

My job is mostly
dropping off and picking up the ranger teams from the inaccessible
places.

Every landing is a new spot, sometimes in the open fields, sometimes on river banks or in a meadow in the forest. The novelty keeps it interesting.

I get to camp out sometimes, if the area is deemed safe for the helicopter, certainly one of my favorite parts of the job. It’s always such a privilege to be present in areas totally remote and empty of humans!!!

One time I had to
come and support a scientific survey team busy drifting down the
river system for more than a month.

They were
discovering with awe the diversity and incredible creatures living in
what was previously known as an empty river.

They even renamed it “Water World meets Jurassic park!”

They had been out a couple of weeks already and had been deployed before my rotation had started, so I had never had the chance to meet them before.

The brief was simple, “Gael, just try to find a spot as close as possible to their camp”.

Ha ha, that’s a dangerous thing to say to any helicopter pilot!

So I did precisely
that!

That night sitting around the campfire this is what Ed (one of the team members on the ground ) told me after he had partly forgiven me for sandblasting his campsite and incrusted grains of sand in the most intimate places of his sleeping bag.

“Gael, I have to share something with you…” I nodded, and Ed continued:

“ all helicopter pilots are the same and usually start as decent human beings, nice blokes enjoying adventure, “ he tells me “ then they go to flight school …” Ed looks at me and pauses as to add gravity to what he was about to say,

“and something inexplicable happens there, they lose a part of their brains! “ then he explains,

“ Every time … ev-er-y time it’s the same story: call the helicopter, he/she comes to land … circles a few times up there … thinks, thinks, thinks …. then BAM!…. stops thinking!!! Comes low to land and blows away the tents and the entire campsite!!! “

We laughed and became friends;-)

Gaël Yann LE MARTIN… Helicopter Pilot, Adventurer, Instagramer and now…Author! Thank you Gaël for sharing your experiences with us at The Rotor Break.

Whether it’s for the amazing photography, the inspiration or the epic adventure that is his career, follow Gael on Instagram @GyleMartin.